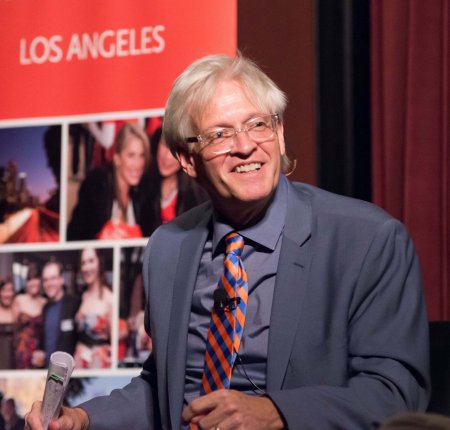 In addition to his work in print, McIntyre has been active for over 30-years as a television/screenwriter and producer including work on the hit series Married…With Children, WKRP in Cincinnati, Mike Hammer – Private Eye, and the critically acclaimed PBS series, Liberty’s Kids, which earned a Humanitas Prize nomination for excellence in television writing. Together with wife, actress Penny Peyser, Doug wrote, produced, and directed the award-winning feature documentary: Trying to Get Good: the Jazz Odyssey of Jack Sheldon and was Executive Producer for Stillpoint, also a feature documentary directed by Peyser.

For 25-years Doug McIntyre was heard on the legendary Talk Radio station, KABC in Los Angeles as host of the Golden Mic Award Winning McIntyre in the Morning and before that Doug created Red Eye Radio as a local overnight show in Southern California before taking it national on 300 stations from coast to coast. In 2015, he added a one-hour weekday show, Right Now with Doug McIntyre for WABC in New York City.

Doug appeared on Bill Maher’s Politically Incorrect over a dozen times, as well as Real Time on HBO, The History Channel, The O’Reilly Factor, Hannity, Lou Dobbs and countless other CNN news/issues programs. He also hosted his own segment on Dennis Miller’s CNBC show.

In 2009, his alma mater, Stonehill College, named McIntyre as their “Alumnus of the Year.”  During his time in radio, McIntyre was consistently ranked among the Top 50 radio personalities in the nation and among the Top 10 in Southern California.

He is currently writing a play, …Fade Away, for Tony Award winning producer, Scott Mauro.