The Los Angeles chapter of the Women’s National Book Association was founded in 1975 by Lee K. Levy, a member of the New York chapter who had moved to Los Angeles. Lee became the first president, and under her aegis, the chapter prospered into a true support group for women, and eventually men, in the book world. Sylvia Cross, the second president, later became a national president. Since then, the chapter has had many talented leaders, one of whom—Sue MacLaurin—also went on to become a national president. In 2005, the chapter was recognized by the Los Angeles mayor for thirty years of involvement in the community.

From the beginning, WNBA/LA’s membership has reflected the city’s diverse literary community: writers in all genres (including screenwriters), editors and other publishing professionals, agents, publicists, librarians, booksellers, teachers, and readers who live part of their lives in the world of books whatever their day jobs may be.

For many years now, the chapter has presented an annual daylong conference, the LA Writers Conference (formerly known as Book Savvy), covering all aspects of publishing. The conference, in recent years, grew to host 200 attendees and dozens of experts on writing, publishing, editing, publicity, and more.

Additionally, since 2012, the chapter has hosted biannual literary teas, one of the most popular chapter events, where local authors are invited to read from their work and to participate in discussions with members on the writing craft and their novels.

Other current chapter offerings include a Writing Critique Group, a holiday potluck with live entertainment, member readings at a local bookstore, an author panel in October for National Reading Group Month, booths at local book fairs and conferences, social gatherings where members can enjoy local literary events, and author meetups.

In 2013, the chapter partnered with Curacao, a retail store chain that serves the Hispanic community, to host a summer-long literacy program. Volunteers from the chapter read and do crafts with children under the age of twelve every Saturday in June through August.

Since 1985, the chapter has co-sponsored the Judy Lopez Memorial Foundation Award for Excellence in Children’s Literature. The awards, which have grown in prestige over the years, were established to honor the memory of one of the chapter’s founding members. They are given annually by the Judy Lopez Memorial Foundation to recognize works of literary excellence for nine- to twelve-year-olds.

Reflecting on the history of the national organization, the Los Angeles chapter celebrates and maintains the same sense of community and support that served as the inspiration for the national founders in 1917.

Writing a book? Get expert advice on our free podcasts.  Indie publishing is your doorway 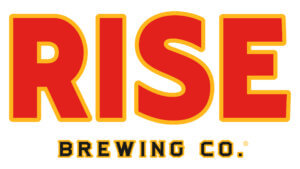 Our Mission:  To make high-quality, great-tasting beverages with the freshest organic ingredients we can source.