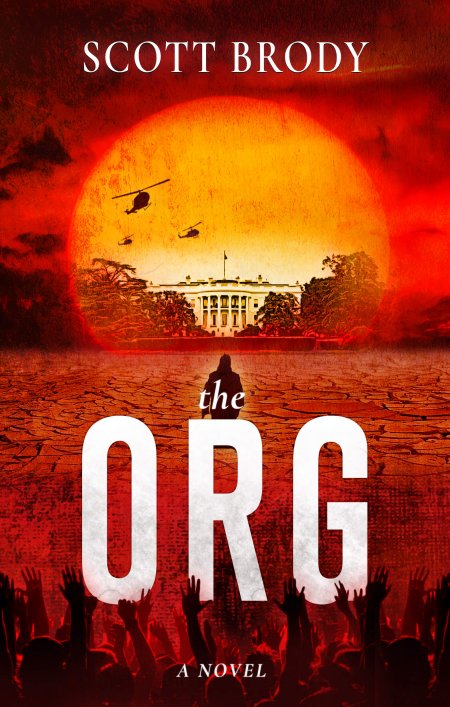 When Org member Marianne Wolfe is killed in a New York apartment, it sets off a chain of events that could put Lee Beloit in the White House. The EcoPartyUSA is surging as people hear his charismatic and powerful messages and turn to him for leadership in the fight against climate change as food shortages are increasing, the weather is deteriorating, and people are starting to panic.

Meanwhile, Marianne’s ex-boyfriend, James Roth, and journalist Walt Jones are searching for her killers, and what they find could derail Beloit’s campaign. Lee Beloit’s top lieutenant, Juan Garcia, decides it’s time for him to act to stop any threats to the campaign once and for all. Scott Brody’s fast-paced debut novel crackles with tension as the climate battle moves to the streets, and Beloit makes a dangerous alliance.

PrevPreviousThis Ain’t My Life: One man’s journey to finding his Destiny
NextAngels in the MistNext