Where the Vile Things Are 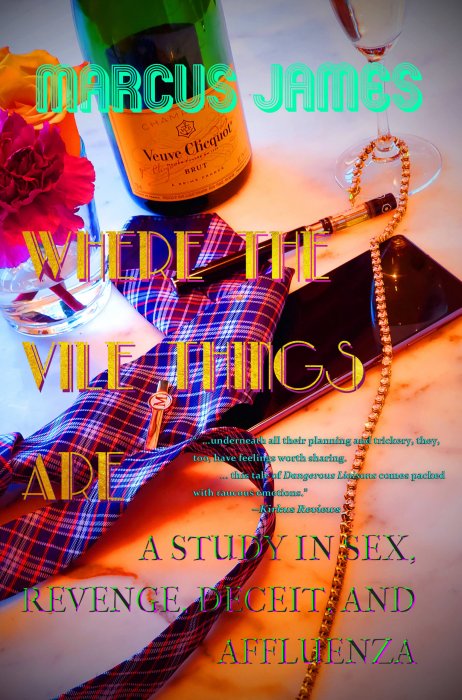 Where The Vile Things Are: A Study In Sex, Revenge, Deceit, And Affluenza

IN THE GAME OF SEDUCTION AND REVENGE, WHO DO YOU TRUST AND WHO DO YOU DESTROY?

The most wickedly fun, dark, and savvy adaptation since Cruel Intentions. Razor-sharp wit combined with vivid prose makes Where the Vile Things Are a nefariously fun and blood-chilling read that slips in and grabs you from the very beginning and refuses to let you go!

“…underneath all their planning and trickery, they, too, have feelings worth sharing. This tale of Dangerous Liaisons comes packed with raucous emotions.”

Set against the backdrop of San Francisco during the presidential elections, we follow Nathan Valmont and Oliver Merteuil as they set out on their respective paths of conquest and revenge in this daring and imaginatively faithful but no-less transgressive adaptation of Choderlos de Laclos’ iconic epistle; Les Liaisons Dangereuses.

For Valmont, it is a constant pursuit of pleasure and indulgence, and for Merteuil; to be the avenger–the right hand of God–bringing justice for those like him.

Bound by a wager that will be impossible for either one to get out of, Nathan and Oliver embark on a game of seduction and psychological warfare that turns their chosen targets into helpless flies caught in their web.

Like the original work, Where the Vile Things Are confronts, challenges, and holds a mirror up to class, marginalization, privilege, and the tribalism of today.

“With his ninth novel, WHERE THE VILE THINGS ARE, Marcus James finds the metaphysical in passion–superstitious, automatic, and measuredly paranoid passion.  Patterned on the French eighteenth century novel Dangerous Liaisons, The novel takes a microscope to the problems of gay feeling and identity, and through the character of twice-bitten Oliver Merteuil, tenderly examines the appalling beauty of sincere universal romantic emotion.

…It is that enviable narrative: uncannily clever and breathtakingly felt.” 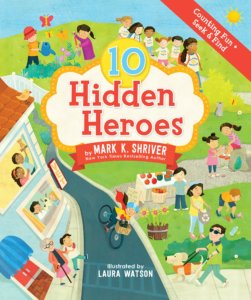 “I can’t wait to share 10 Hidden Heroes with the kids in my life!” –Jennifer Garner, actress 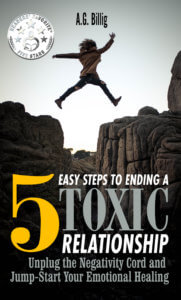 A Cat Named Sam is ready for the holidays—Or is he??? It’s the most wonderful