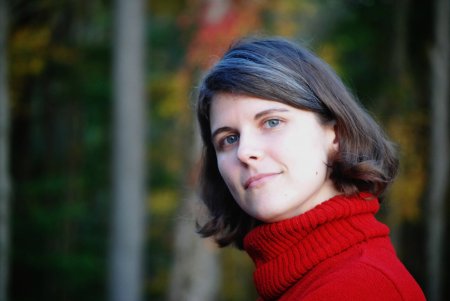 Betsy Bird is the Collection Development Manager of Evanston Public Library and the former Youth Materials Specialist of New York Public Library. She is the creator of the 2016 FOLIO Award winner for Best Blog,  A Fuse #8 Production. Fuse #8 is a children’s literature site, hosted by School Library Journal where Betsy is a regular contributor. She reviews for Kirkus and, on occasion, the New York Times and produces year end Best Of lists for Parenting Magazine and the National Public Radio’s Book Concierge.

Betsy is the author of the picture books  Giant Dance Party  illustrated by Brandon Dorman (2013) and  The Great Santa Stakeout, illustrated by Caldecott Award winner Dan Santat (2019). She is the co-creator of the very adult  Wild Things: Acts of Mischief in Children’s Literature, co-written with fellow bloggers Peter Sieruta (Collecting Children’s Books) and Julie Danielson (Seven Impossible Things Before Breakfast) as well as ALA Edition’s  Children’s Literature Gems  (2009). Betsy is also the editor of the middle grade anthology  Funny Girl,  which brings together some of the funniest women writing for kids today. Most recently, Bets is the author of the upcoming Long Road to the Circus (2021), a middle grade novel, illustrated by Caldecott Award winner and National Book Award finalist David Small. She has contributed introductions to the reissue of the 1933 Newbery Honor winning book  The Winged Girl of Knossos  by Erick Berry and Jason Boog’s Born Reading: Bringing Up Bookworms in a Digital Age — From Picture Books to eBooks and Everything in Between. She also co-authored the chapter “Picturebooks and illustrated books” with Junko Yokota in The Routledge Companion to Picturebooks, edited by Bettina Kummerling-Meibauer.

Betsy is the host of two different podcasts.  Story Seeds  is a production of Literary Safari and pairs kid writers with real adult published authors to create stories together. Her other podcast  Fuse 8 n’ Kate  is done in partnership with her sister Kate Ramsey and is a podcast about figuring out which picture books deserve to be remembered as “classics”.